According to Riyadh Municipality Readymix Classification System Saudi Readymix’s factories in Riyadh are classified (A), the highest ranking, by the Municipality of Riyadh. The ranking places the Company’s factories among the best ready-mixed concrete factories in the region and affirms their capability of providing concrete to any project of any size and quality standard.
The Administration of Quality under the Municipality of Riyadh conducts an annual data collection and statistical analysis on operational standards, quality control and quality management of all ready-mixed concrete companies in the Saudi capital and uses three indicators for classification; plant indicator, laboratory index, and concrete Quality.
All Saudi Readymix’s commercial factories in Riyadh were placed in the top percentiles on all three indicators earning them the class (A) ranking.
Mr. Mohammed Shaheen, Saudi Readymix’s General Manager – Central Region, said: “We, at Saudi Readymix, operate our commercial and on-site factories to the highest local and international standards and are proud of receiving the Municipality’s highest ranking.”
“As leaders in our industry, we continuously develop our factories and upgrade operations. For example, we are among the few companies, if not the only one in our field, that employs dedicated teams of Health, Safety and Environment at each of our factories throughout the Kingdom,” he added.
Saudi Readymix has supplied concrete to some of the largest projects in Riyadh such as, but not limited to, King Abdullah Financial District, Imam University, and the Information Technology and Communication Complex. The Company produces and supplies nearly 6 million cubic meters of ready-mixed concrete annually, setting it as the largest producer and supplier of ready-mixed concrete in the Kingdom of Saudi Arabia. Saudi Readymix operates 30 factories, of which are 10 on-site factories, located strategically in various parts of the Kingdom with the purpose of covering all areas and their requirements. 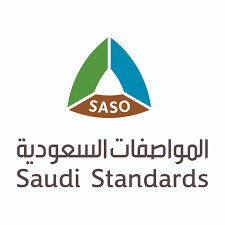